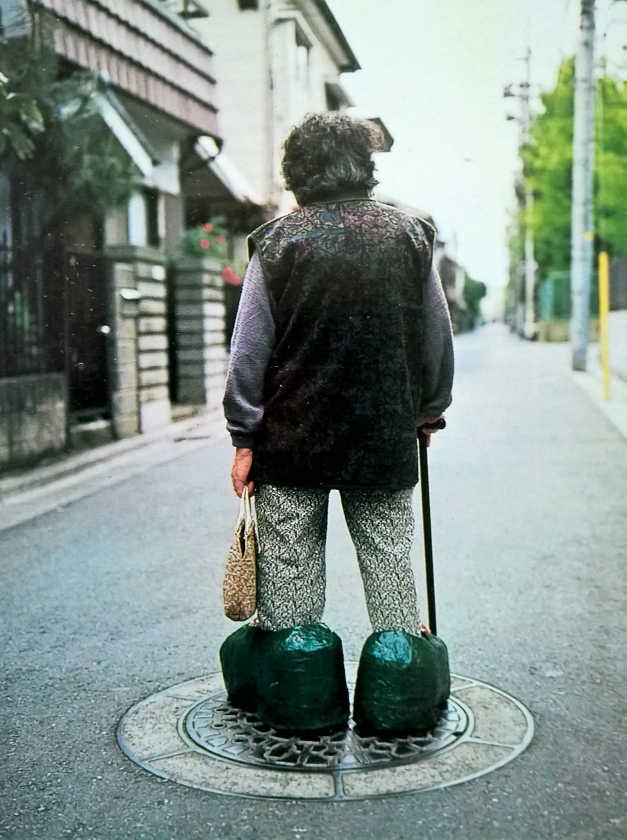 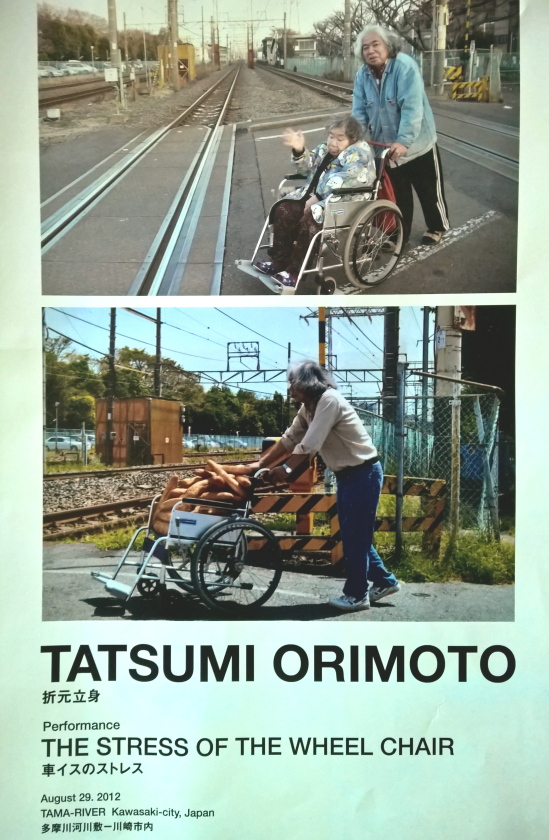 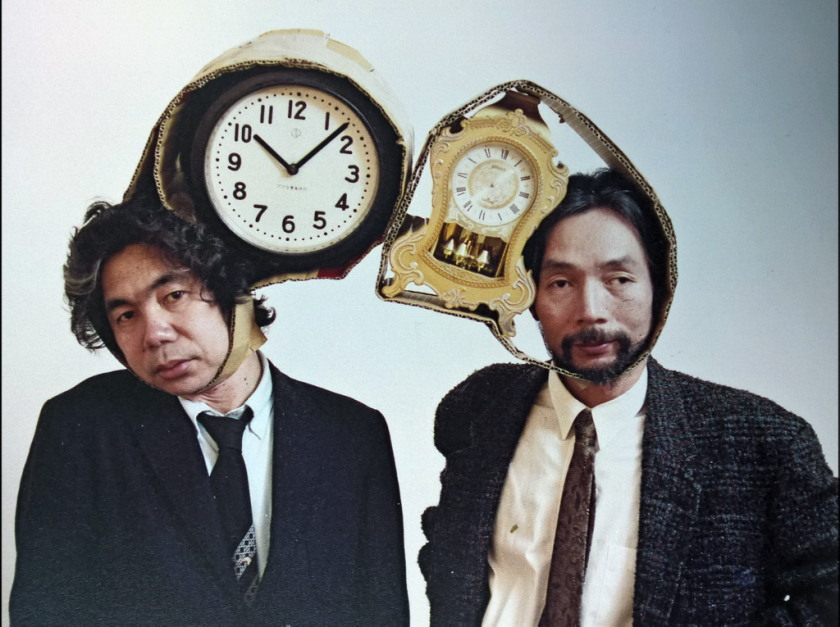 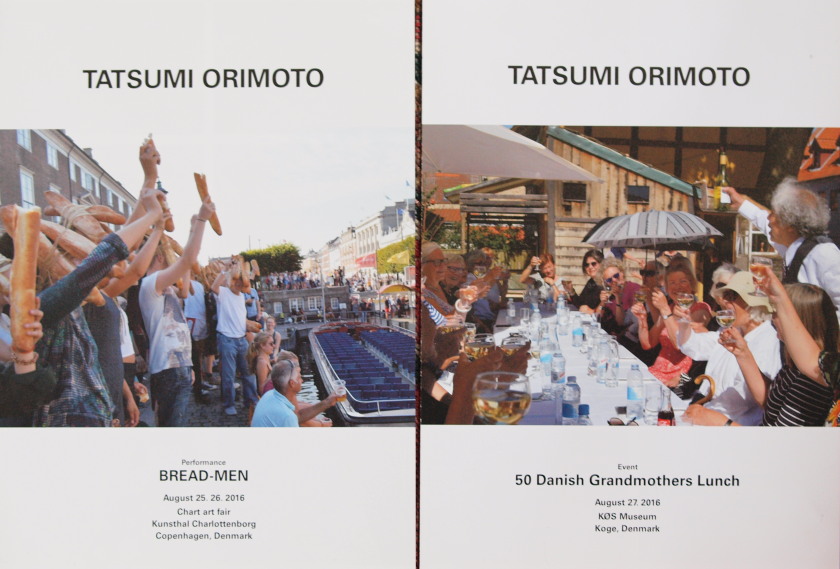 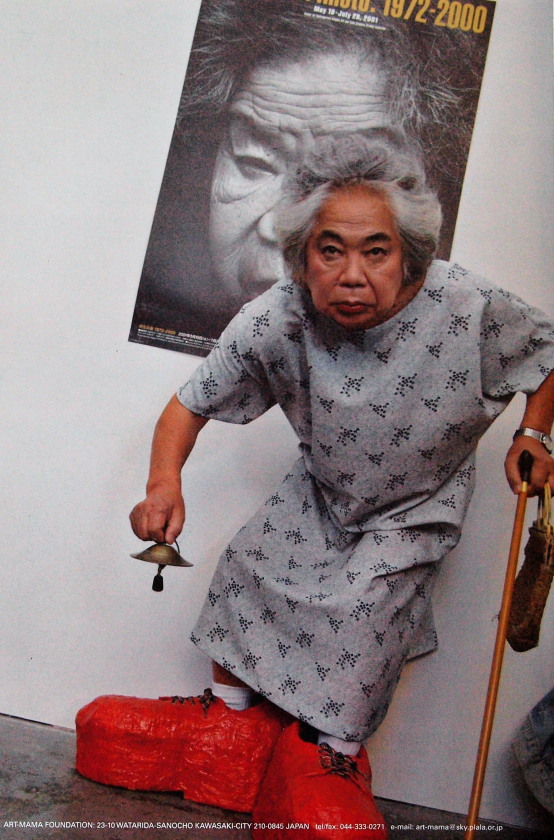 A man tousles the thin hair of an old woman while you can hear Beethoven’s Fifth Symphony. More intensity of the sound exaggerates the massage of the scalp and the expression of the mother’s face changes between relaxation, delight and surprise. In short this is what happens during the Performance “Beethoven-Mama” by the Japanese artist Tatsumi Orimoto and his mother Odai the 20th of October 2012 in Kawasaki-City. 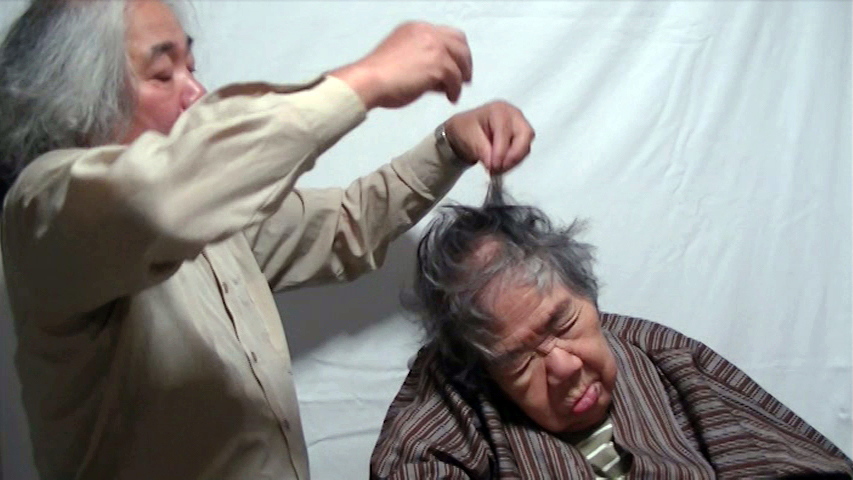 Since Orimoto sen. died the artist has been taking care of his depressive and hearing-impaired mother, who he continuously has included in his artwork since 1996. This highlighted the absurd and grotesque aspects of the dementia; his mother – born in 1920 – suffers from. Orimoto communicates the resulting artwork, consisting of photographs, videos, posters and drawings worldwide. Also he uses performances and events in galleries, museums and art-fairs.
His new work combines the cliché of Ludwig van Beethoven as a crazy composer with therapeutic effects of a scalp massage. However performances like this are no artistic extravagances but develop from everyday experiences and the needs of both. Orimoto calls his global activities “Communication Art” and now has to cope with a reduction of his activities abroad, as he feels responsible for the daily care of his mother. For her, a person with Alzheimer, who is unable to hear and who is losing memory, he looks for ways to create communicative situation. His drastic actions help to build bridges of communication to break down the growing walls of solitude of dementia.
Johannes Lothar Schröder