A year ago Schröder was invited by “City of Wandsbek” to roll mono-wheels made from manuscripts in the streets of Hamburg-Wandsbek and through a near shopping mall. He asked passengers to through dices and contribute a number of letters equally to the numbers on the dice. Over the days from May 8th to 30th Schröder collected around 8000 letters, which were written by markers in different colors and thickness on the surfaces of the wheels. By rolling them the rotating objects generated sequences of words, names and tags depending on how members of the audience would look at the object. 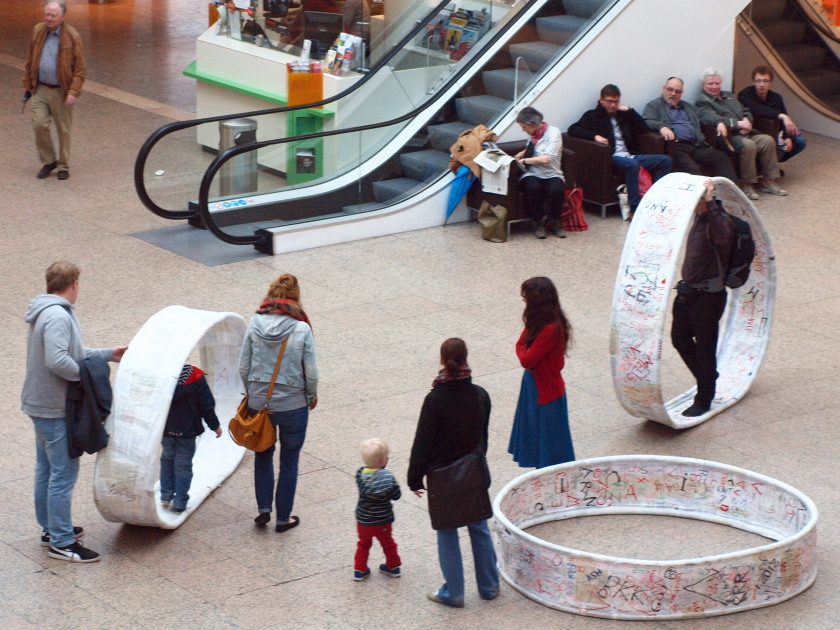 For more pictures and infos refer to: wandsbek1.de/foto-galerie
Also the pdf of the catalogue is available as dowonload: http://www.wandsbek1.de/dokumentation/ 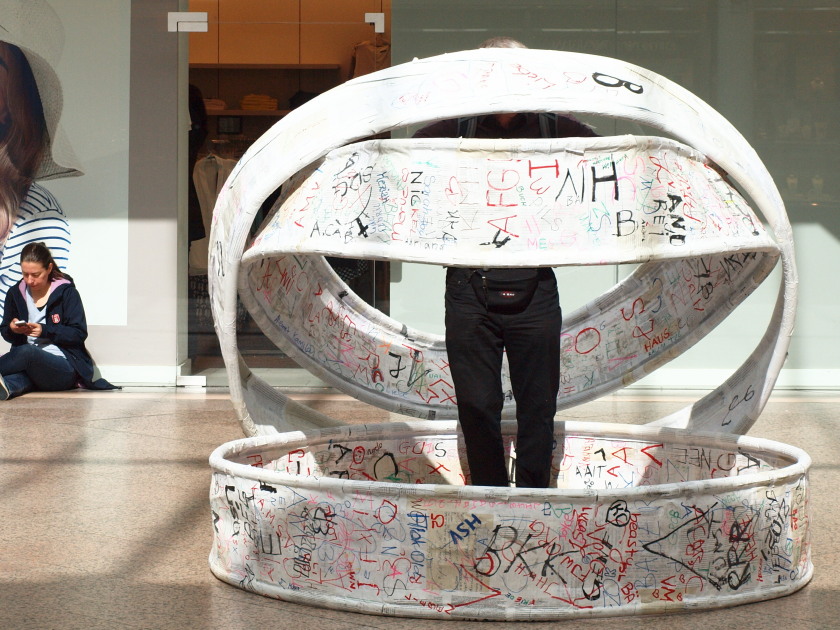 Historically wheels of poetry were the latest objects in a series, in which Schröder recycles parts of his archive.  He started around 2000 to glue piles of manuscripts to carpets, which he for the first time showed as stage design of “Botenbösermär” (messengersofbadnews) in 2003. This theatrical piece, in which Necla Akgün combined the reports of ancient messengers, who had bad news in Greek tragedies of Aishylos, Sophocles and Euripides like “The Persians”, “Medea”, “Antigone” etc.

Later Schröder showed new and bigger versions of these objects to manifest that performance-art does not have traditional spaces like the opera, the cinema, the music-hall, the theatre, the painting-collection etc.  Elements built out of the paper-carpets were used as models of ambulant architecture like hangars, which could be used to store relicts of performances or even host performances. 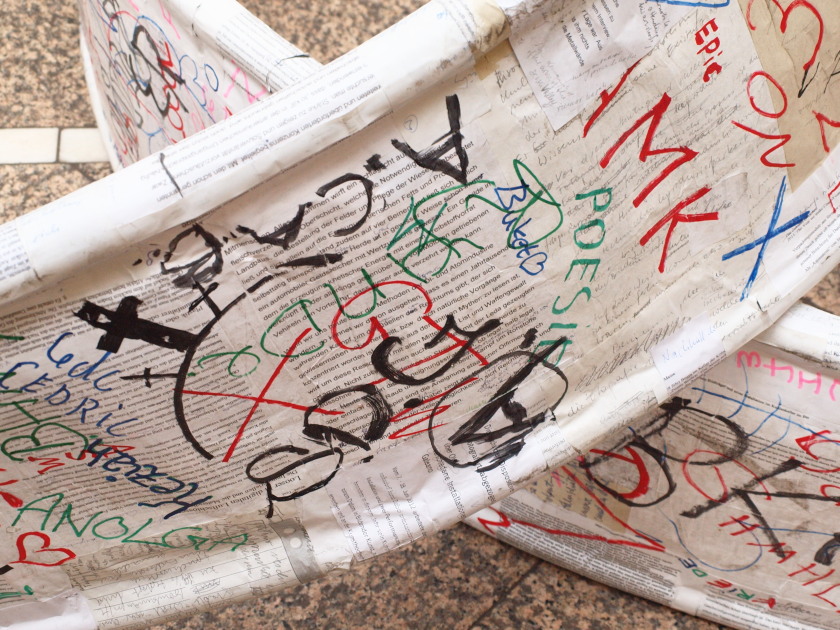 Installations of that kind were realized during performance-festivals at Szczecin and Salzau www.performance-festival.de und during conferences of Performance Studies international (PSi) in New York, Mainz, Copenhagen und Utrecht. However the roots of his dealing with letters dig deeper in his personal art-history, in which he got early inspirations by the French Afficists in the 1960s and the Lettrist or Parole in libertà of the Futurists.

In relation to the liberated words of the Futurists Schröder calls the writings on his paper-objects „Liberated Letters“, which can be also read of recited in front of audiences.