The Black Mountain College (BMC) was a place where artists met poets, writers, mathematicians, psychoanalysts …, where teaching and research, arts and crafts intermingled. Ironically the crisis and the coming world-war propelled its success, as the German Nazis, who closed the Bauhaus and fired important researchers from their positions provided the College with all kinds of talented teachers and progressive researchers.

Anni and Josef Albers were amongst the first to arrive in North Carolina, where they started a successful career as teachers, who over the following decades influenced generations of U.S.-American artists like Robert Rauschenberg and Cy Twombly just to name two famous ones. However the amalgam of 50 scholars, researchers and practitioners had a much bigger general influence on the achievements of an interdisciplinary teaching and learning which also lead to the blurring of borders between the fine arts, crafts, music, theatre, dance and literature. Notably the teaching of many other exceptional persons among them the weaving of Anni Albers, the stage of Xanti Schawinsky and the experiments of Buckminster Fuller opened the students eyes to the fact that abstract art leads to open relations of fields formerly separated as “high and low“ and arts and sciences.

The exhibition in Berlin which displays the sources of Arnold Dreyblatt, who delivered the concept, and with other archives and collections now offers to a museum audience a glance behind the curtain. The installation made of materials, which were used to build the campus of Black Mountain, displays rare examples of artworks and crafted objects that coined the modern art of the second half of the 20th Century. Although they are widely unknown to Germans this exhibition shows the origins of interdisciplinary artworks, which appeared in Donaueschingen, Darmstadt, Cologne, Wiesbaden and other German towns and cities around 1960, where musicians, writers and poets performed to which the emigrants, who had to leave Germany 30 years before, inspired them. 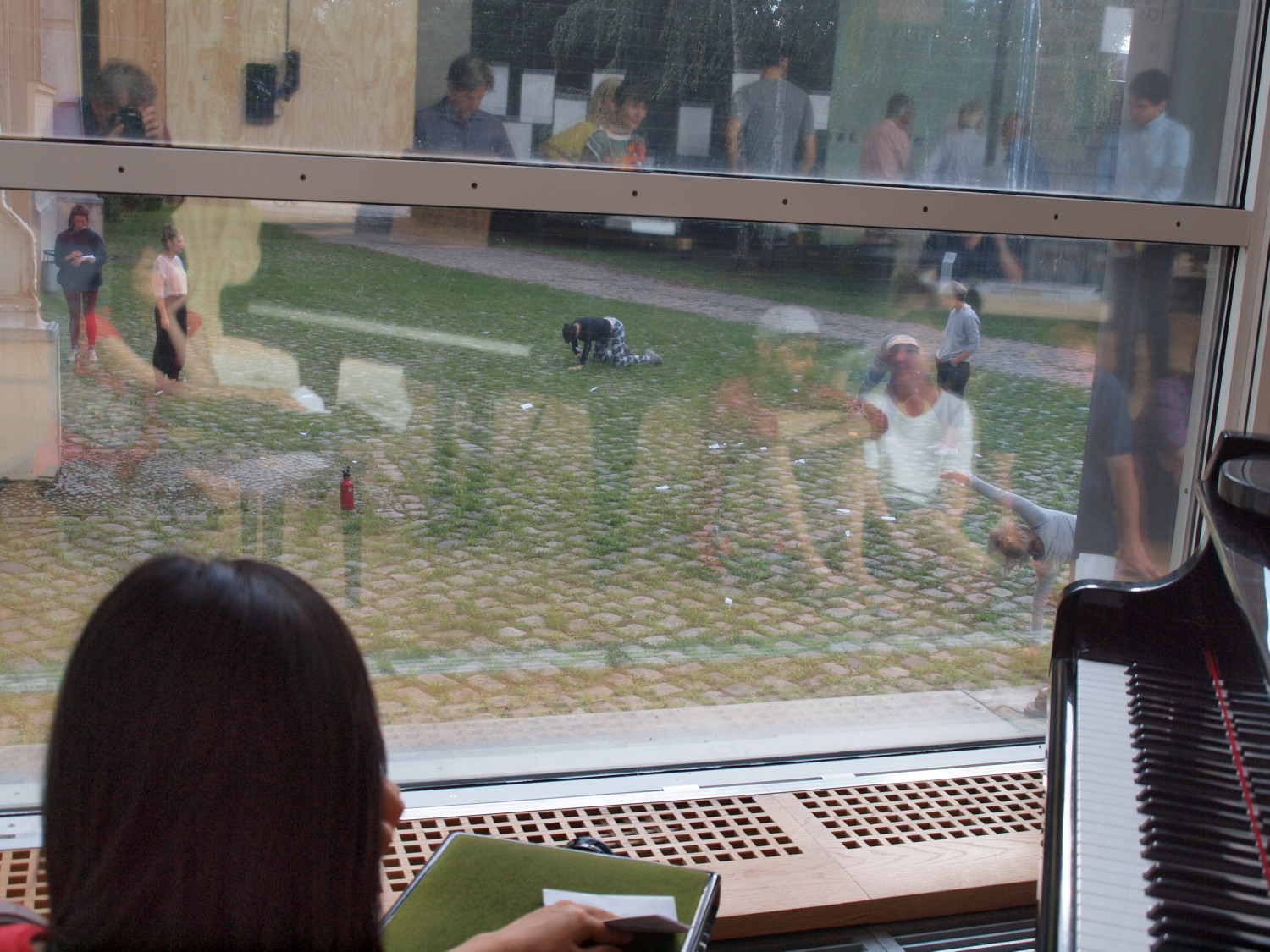 inside and outside are meeting in the window-glass
photograph by johnicon, VG Bild-Kunst 2015

The exhibition is too small to unfold these chapters of the impacts and influences, which the BMC has had on the arts since the 1950s. But it leads to the paintings of the permanent collection in the east wing of the Hamburger Bahnhof where now two remarkable diptychs of Rauschenberg are shown. For those readers to whom this is again too much reference to painting, watch the show and the performances by students of several art-schools, who perform the archive. Arnold Dreyblatt invited them for one week residencies, in which they research in the archive and study the documents not only for the audience, but to read them on one of the four stages in form of staircases integrated in the architecture of the exhibition designed by raumlabor_berlin. This experiment of bringing back to life archival documents refers to the interdisciplinary experiments of the BMC and will hopefully inspire future curators, to experiment in making a museum a place for public practice and interactive research.

For more pictures of the author see also @johlothar at Twitter

a contribution of the students of HZT, Berlin –   http://tanzraumberlin.de/Performing-an-Exhibition–435-0.html?id=712